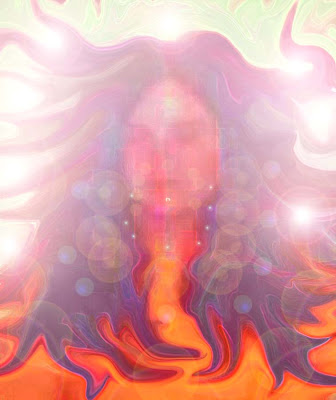 
A Play in Ten Scenes

One pill makes you larger

And one pill makes you small

And the ones that Mother gives you

Don’t do anything at all.

Go to the website.
Posted by Jennifer at 2:58 PM No comments: 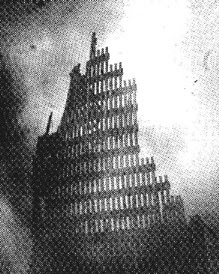 Posted by Jennifer at 3:33 PM No comments: 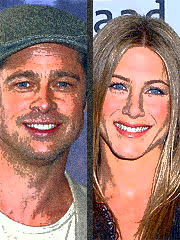 People.com
Brad Pitt & Jennifer Aniston Have a 'Deep Friendship'
THURSDAY SEPTEMBER 06, 2007 05:30 PM EDT
By Kristin Boehm
Brad Pitt says he is still friends with ex-wife Jennifer Aniston – and handled their breakup the best way he knew how. "Jen and I still maintain a deep friendship and have a lot of life together that isn't erased in any way," the actor tells V magazine of the couple's four-and-a-half year union, which ended in 2005.
More...
Posted by Jennifer at 7:56 PM No comments:

So, then, I begin this shiny new blog with a message from a not-so-famous Jennifer, the blogmeister of this effort. This Jennifer (me!) is not exactly the sexy Jennifers who will eventually inhabit this this blogspace. But that's okay; I have other talents, and I have decided to capitalize on those.
-
Is it narcissistic to devote an entire blog to famous people named Jennifer?
-
I'll let others decide, but here's the deal: I love my name, and I can't imagine bearing any other. I promise not to get into maternal issues here, but naming me Jennifer was the one thing my mother did right.
-
The rest of this blog will be devoted to famous Jennifers: stories, press releases, photos, interesting facts, all ripped from the web. I might even add a little snark (sorry, I can't help it--it's just in my nature).
-
My other Jennifer blog, You Jennifer, will focus on other ordinary Jennifers doing interesting things; in a way, that blog will be more fun to develop because I'll be offering a space and a spotlight (albeit a small one) to my not-so-famous sisters. Alas, the famous Jennifers probably won't give a hoot what goes on in my small neck of the web.
-
But my first name is a gold mine of information: when one Googles Jennifer, Google returns 139,000,000 hits, with Jennifer Lopez sitting on top of the list. I often wonder what makes Jennifer Lopez so special that Google would crown her queen of Jennifer? Of course, she's breathtakingly lovely, and I suppose she can sing and act, but, for the life of me, I can only conjure up one word associated with her: Bennifer.
-
Yeah, yeah, I know; that was years ago, and Jlo has moved on and married Marc Anthony, and Ben Affleck has married Jennifer Garner, another Jennifer (like a moth headed for fire, he just can't seem to stay away from a Jennifer).
-
Hollywood romances are much too confusing for me, but I promise to do my research for my blog posts.
-
As of today, Jennifer Lopez (with quotation marks) returns 13,500,000 Google hits; on the other hand, Jennifer Semple Siegel (with quotation marks), my full name, returns 643 Google hits. I'm not complaining; after all, I'm not young, I don't sing well, I can't act, I'm not slinky and sleek, and despite that I still have managed a small presence on the web.
-
I digress. Back to the name Jennifer.
-
According to Wikipedia,
-
Jennifer became a common first name for females in English-speaking countries during the 20th century. The name Jennifer is a Cornish variant of Guinevere, deriving ultimately from Proto-Celtic *vindo-siabraid "white phantom," via Brythonic *vino-hibirā (Irish find-abair), Welsh gwen-hwyfar, Cornish Jennifer. The name is also sometimes derived from the Old English words jenefer, genefer and jinifer, which were all variants of Juniper and used to describe the Juniper tree.
-Prior to 1906 the name was fairly uncommon, but it became popular after George Bernard Shaw used it for the main female character in The Doctor's Dilemma. It gained even more popularity in the 1970's. Though its popularity is often attributed to the novel and film Love Story, Jennifer was already the #3 name for girls in 1969, the year before the book and movie were released. Jennifer remained the single most popular name given to baby girls in the United States from 1970 to 1984. Since the early 1990s it has remained common, but considerably less so. Diminutives include Jen (Jenn), Jenny (Jennie), and Jenna.
-
So it's no surprise that so many stars (born between 1970-1984) bear the name "Jennifer" (see link list on right).
-
As a domainer, I had a great interest in snagging the Jennifer.com domain, but quickly discovered I could never afford my own name, for I have arrived too late to the domaining game. However, I was able to register Jennifer.tc and Jennifers.tv, both of which will eventually direct to this blog.
-
I have also registered some Jennifer typos:
-
Jennifir.com
Jennifr.com
Jennifrr.com
Jenniifer.com
-
These domains are not for sale; they will also eventually direct to this site.
-
Until next time,
-
Jennifer
Posted by Jennifer at 10:18 PM 1 comment: